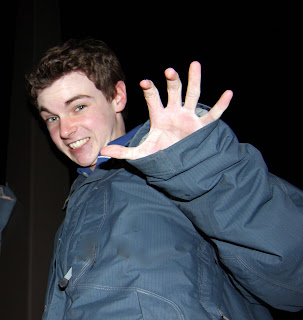 
It's past contestants like Hung who continue to bring hope to the uniquely talented, like Pat Ford. You know. Pat Ford? The confident kid from Pinkerton Academy who made his national television debut on Tuesday night's “American Idol” season premiere? The one who called Simon “sassy,” hugged Kara, scored a tentative hangout date with Randy, turned “holla” into an artform and then made “Womanizer” his own?


Ford is basking in his instant fame. In the past 48 hours, a YouTube clip of his audition has been viewed more than 31,000 times – that's about 10 people per minute. Newly minted Idol judge Ellen Degeneres gave him props the next day at the top of her show. He's gained a pile of new Facebook Friends and his personal site, www.patford.net, is gaining virtual street cred.

No. He did not get picked to go on to Hollywood. But his star continues to shine. On Wednesday he reprised his audition performance in the school cafeteria. 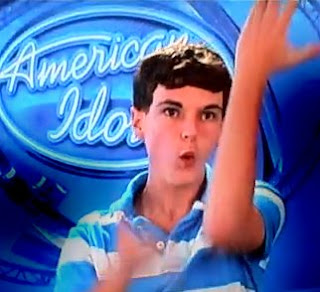 “Only this time I didn't dance on the lunch table. Because the last time I did that, I got a Saturday detention,” said Ford.

“Oh, and I was called to the Head Master's office Wednesday. I wasn't sure why, but I walked into this room and there were all these people sitting around a big table – I guess it was the board of trustees or something. They were curious, so I sang for them,” Ford said. “I think they were entertained.”

He briefly considered going mainstream earlier this year when he tried out for the school's production of “The Crucible.” He didn't get a call back, which he took as a sign.

“I'm a solo act. I've been singing and dancing my whole life. Nothing professional. It's just something I enjoy. I just started singing and dancing in my classes at school last year and realized how much I liked performing and being the center of attention. Now, that's pretty much what I do,” Ford said.

It beats academics, which has never been his passion.
As for his “American Idol” experience, it was everything he thought it would be.
“Seeing myself on television was exciting. I mean, I knew for months I was going to be featured, but I had no idea how they'd make me look. Overall, I'm happy with how they portrayed me. They made me seem fun and exciting and easygoing, which is who I am,” Ford said.
His post-graduation plans are not firmed up yet, but his dream is to make it big in entertainment. That's what motivated him to gather up his posse of family and friends and head to Boston for last summer's Idol auditions. “I had to take a shot,” he said.
Looking back now, he said he figured there was only a slim chance he'd make it to Hollywood.
“I know I don't have the best voice in the world, but between my singing and dancing and my overall persona, I figured maybe I'd add some entertainment value to the show,” Ford said. “You know, like William Hung.”