If you feed them, will they come?

Potluck Politics: Considering ways to fight voter apathy, one cupcake at a time.


By CAROL ROBIDOUX
Union Leader Correspondent
DERRY – Political strategies aren't simply the stuff of candidates and their spin doctors.
Since learning last week that it's not illegal, after all, to hold bake sales or pizza parties or pot luck dinners at polling places, Town Moderator Margi Ives is wondering if someone will want to partner with town election officials to make coming out to vote more palatable.
Heck, it might even turn out to be a golden fundraising opportunity for a local PTA or community group.
It all begins and ends with boosting voter turnout – which has become a concern for towns and municipalities everywhere. In Derry, numbers have been dismal. For example, of the 21,390 registered voters in town, only 1,846 came out to vote in the March 2009 elections.
The legality of combining food moments with election days came into question some years ago in Derry, when a group of Girls Scouts floated the idea of setting up a table to promote their annual cookie campaign in conjunction with Election Day, said Town Clerk Denise Neale. She was told it wasn't allowed.
“That was me,” said Ives, taking credit for putting the kibosh on cookies. She was just trying to go by the book in telling the Scouts the ins and outs of where they'd have to set up in order not to interfere with the flow of voter traffic. It wasn't a workable situation. Neale accepted the fact that combining food sales and vote casting was a technical no-no. 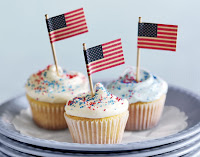 Then last week, Neale went in search of the state statute prohibiting fund-raising food sales. She couldn't find it. So she called the State Attorney General's office, and learned that it doesn't exist. As long as there's no “electioneering” going on, and as long as voter's can move to and from voting booths without being hampered by a spread of food, it's permissible.
“As long as it's non-political – Girl Scouts, bake sales, the garden club selling plants, a pot luck supper – it's all up to the town moderator,” said Deputy Secretary of State David Scanlan.
He said such practices are more common in rural communities, where voting is actually more of a social event. But there's no reason why it can't be done in Derry.
Ives said she's open to the possibilities. And while it's short notice for next week's Primary Election, there's still plenty of time to hatch a plan before November elections.
“I'd be interested in exploring ways to increase voter turn out that are doable. If anyone has ideas on how to increase voter turn out, we'd appreciate hearing them,” said Ives.
Voter apathy, while hard to cure, could be tempted with the right appetizer. Beyond sheer apathy, many well-intentioned voters have difficulty making it to the polls before work, which means finding time to vote between clocking out and collapsing. By the time you go home and wrangle over dinner and homework, it's even harder to find the strength to go back out and do your civic duty.
So what if the entire family could sit down to a spaghetti dinner at the polls, with neighbors even, all for a nominal donation to the hosting PTA or community group? Perhaps more people would be inclined to make voting a family outing, said School Board Member Brenda Willis.
She remembers years ago, when daylong deliberative school sessions were held, everything from muffins and coffee to pizza and baked goods were made available through the Derry Education Association. Money raised was used toward an annual $1,000 scholarship awarded to a graduating Pinkerton student who was pursuing a career in education.
“All that stopped with Senate Bill 2, when school voting became part of the town election process,” said Willis.
“We still do a scholarship, but now it comes out of the budget, and it's $700 – $100 from each school. I don't doubt there would be PTAs interested in doing a bake sale, I just don't know if anyone's thought about it,” Willis said.
One PTO that has consistently thought about it – and acted – is McDonough Elementary School in Manchester. Current PTO President Trina Trina Farrell said the success of their bake sales depends on parent participation.
“In the past we've had some parents who go above and beyond – making soups and chili, or bringing pizza. Generally, we ask for donations from the student population, and members will go buy items in bulk and then wrap them up individually,” Farrell said.
During the 2008 Presidential Election, McDonough's PTO earned $1,800 in donations.
Farrell is already thinking about next week's election – perhaps putting flyers up around the community to let people know that they can help support their local school community when they come out to vote.
“I don't know how much it will help to get the general community out to vote, but I know it gets our school families out, when kids know there's going to be a bake sale to benefit their school,” Farrell said.