Pinkerton inducts 7 into Hall of Fame

Pinkerton Academy has for 20 years honored outstanding alumni or those who have made lasting contributions to the school community. The following seven people will be inducted into the Pinkerton Academy Hall of Fame during tonight's annual banquet begins at 6:30 p.m. in the Spaulding Arts and Humanities Center Café. Cost  is $20 per person. If you would like more information please call the Alumni Center at 603-437-5217.
Dr. Bryan Boucher, Class of 1996 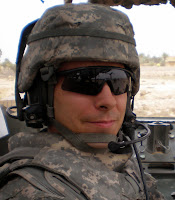 Boucher made his mark at Pinkerton as a well-rounded student-athlete. After graduating from Pinkerton, Boucher attended Tufts University on an Army ROTC scholarship, graduating magna cum laude with a BS in biology and a certificate in community health. He went on to Tufts Medical School and become an obstetrician. After his residency he was stationed at Carl R. Darnall Army Medical Center at Fort Hood, TX. Boucher was deployed in 2009 with the 5th Battalion, 20th Infantry Regiment, 3rd Stryker Brigade Combat Team, 2nd Infantry Division as their Battalion Surgeon and was awarded the Bronze Star for his service. He is currently board certified by the American Board of Obstetrics and Gynecology, and continues to serve at Fort Hood.
Michael Clark, Honorary Alumnus 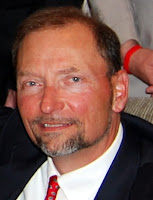 For many students who ran for Coach Michael Clark on the “Long Red Line” (otherwise known as Pinkerton’s boys’ cross-country team) it was a defining part of their high school careers. Clark draws praise as one of the Academy’s most enthusiastic teachers, grounded in teamwork, sacrifice, hard work, resiliency, camaraderie and most of all, humility. 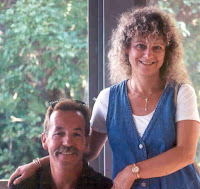 Michael Jesson, Class of 1970
Michael Jesson graduated in 1970, married Valerie Hampson in 1972 and together they raised two children and performed in a band called ‘Jesson Express.’ In 1977, he was hired by the Town of Derry where he continues to work. For 33 years Jesson has expertly lined all Pinkerton's fields with precision and pride. Since retiring his first band in 1988 to spend more time with his children, he has formed another band, ‘Blueberry,’ and performs with his daughter Marissa on vocals. 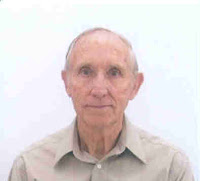 Col. Robert James Madden, Class of 1950
Deemed “tall, blond and popular” in his 1950 yearbook, this varsity athlete also contributed a lifetime of service to community and country. Upon graduation from UNH and Tufts Dental School, he completed a three-year residency at Georgetown University and Walter Reed Army Medical Center in Washington, DC.
After only a few years in private practice, he joined the military, where he remained for 30 years. He was Chief of Oral and Maxillofacial Surgery at the 97th General Hospital in Germany and Keller Army Hospital at West Point. He also served a tour in Vietnam at the 3rd Field Hospital. Upon retirement, Col. Madden served as a consultant in oral surgery at the NH State Department of Corrections. In the town of Derry, he and his wife have spent 49 years supporting many non-profit institutions through volunteer work along with raising their two daughters, Sherrill and Robin.

Col. Frederick J. Shepard Sr., Class of 1869
Col. Frederick Shepard Sr. was a well-known figure in the town of Derry who helped bring the small town into the 20th century with his initiatives. Shepard attended Bryant and Stratton Business College. He served several years in many leadership roles – as President of the Derry National Bank for 49 years, Treasurer of the Derry Savings Bank, and the Pinkerton Board of Trustees. West Derry can thank Shepard for its running water – as head of the Derry Water Works he initiated the first clay pipes to be installed under Broadway in 1890. Shepard also supervised efforts of the Derry Sewer Company, Derry Electric Company and the Buildings Association, which helped to construct the shoe factories and hundreds of homes in West Derry.
Frederick J. Shepard Jr., Class of 1907
Frederick Shepard Jr. went on to earn a degree at MIT, graduating in 1912. He served in World War I as a combat officer and later became the founder and president of Lewis-Shepard Co. of Watertown, MA. He served on the Pinkerton Board of Trustees for 35 years from 1930-65, 19 of which as President. He was responsible for donating the funds necessary to construct the Taylor Library in East Derry. 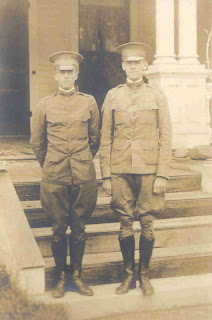 Col. Alan Bartlett Shepard Sr., Class of 1909
Col. Alan Bartlett Shepard Sr. was a member of Pinkerton’s class of 1909 and of Dartmouth College’s class of 1913. He and his two brothers, Frederick Jr. and Henry, were all combat officers during the first World War. He later worked at his father’s bank, but lost that position during the Great Depression. He later took over the Bartlett and Shepard Insurance Agency, which he ran until retirement. He succeeded his father as Treasurer of the Pinkerton Board of Trustees - a position he held from 1925-71. During the second World War, he was in charge of the manpower division of the Massachusetts local and state draft boards. He also served his community for more than 50 years as the First Parish Church organist.