Toys for Tots program in dire need of donations 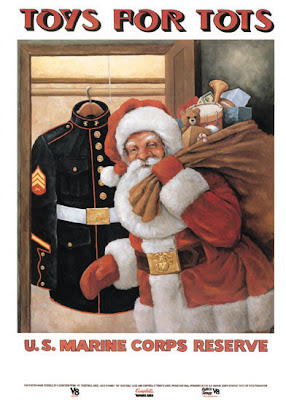 By APRIL GUILMET
Union Leader Correspondent
LONDONDERRY -- Tucked in a corner of the sparse, Harvey Road warehouse, a makeshift Christmas tree sparkled with colorful lights.
In past years the shelves of that warehouse overflowed with donated toys, ready to be wrapped and delivered to thousands of needy Granite State children in time for the holidays.
But on Friday afternoon, many of the shelves remained barren at the regional Toys for Tots collection center, inside the Londonderry Armed Forces Reserve Center.
Donations to Toys for Tots have been on the decline this season, leaving program officials uncertain how they’ll meet the growing demands for assistance.
“It’s worse than last year, and last year was pretty bad,” SSgt. Richard Johnston said last week, his voice echoing in the mostly empty warehouse. “There were years when you could hardly walk in this warehouse at this time of the season.”
The local Marine Corps kicked off its annual toy collection on Oct. 1, although, as Johnston noted, “many people don’t start thinking about Christmas until after Thanksgiving.”
As of last week Johnston, who coordinates the Toys for Tots collection throughout southern New Hampshire, estimated around 18,000 toys had been collected so far this season --  not anywhere close to the 100,000 or more toys needed to meet this year’s needs.
Four full-time volunteers have been stationed at the warehouse daily, al though other volunteers, including those from local businesses and organizations, have been placed on hold until donations increase.
“Right now it's difficult to bring more workers in, as there isn’t much for them to do here,” Johnston said.
Of the donations that have come through the warehouse doors, most of them have been geared towards boys and girls between the ages of 3 to 5.
“For ages 6 and up, we’re really struggling,” Johnston said, noting that gifts for infants and teenagers are fewer and further between.
Once toys are collected, they are sorted and bagged according to the age and gender of their intended recipients.
Toys for Tots works with more than 90 of the state’s charities to help fulfill toy requests, since the Londonderry center doesn’t have the personnel and resources to grant the wishes of each individual family.
Instead, Johnston said, individuals calling the center are directed to 211 New Hampshire, which keeps a database of nonprofit organizations within the state.
“But we’re all in this together. Everybody does their part,” Johnston emphasized. “The bottom line is, it’s all about the children, and making sure everybody can have an enjoyable Christmas this year, regardless of their circumstance.”
Toys for Tots will continue accepting unwrapped toys at any of the state’s 324 drop-off locations through Dec. 23. Any donations made after that date will be tucked away for next year’s toy drive, although he’s hoping this year’s numbers aren’t predictors of Christmases to come.
“If we do badly this year, it could snowball into next year,” Johnston said.
“We understand everyone is going through a tough time this year. But donations need not be extravagant,” he added.
Those wishing to assist Toys for Tots this year may mail check donations to: Toys for Tots, Bravo Company 1/25, 64 Harvey Road, Suite 107, Londonderry, NH 03053. For more information, including a list of all Toys for Tots drop-off locations, visit www.londonderry-nh.toysfortots.org.