By CAROL ROBIDOUX
Union Leader Correspondent
DERRY -- In the days since Cheryl Maher exposed Utah State Rep. Kevin Garn's inappropriate relationship with her 25 years ago, her motives have come into question.

For years Maher, now 40, says she has been trying to expose the truth about Garn's actions, and the damaging effects of such secrecy.
Until now, no one listened. 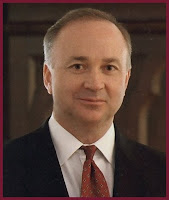 GARN
Garn, a longtime Republican lawmaker and practicing Mormon, resigned his post Saturday after confirming Maher's allegations -- that she sat naked in a hot tub with him when she was 15 -- were "essentially" true. He had agreed to pay Maher $150,000 in 2002, a promise made during his unsuccessful bid for the U.S. Congress. Maher received the payment in 2003.
In an interview Saturday night, Maher recounted the now notorious “hot tub incident.” It was not an impetuous one-time “mistake” with a 15-year-old girl, as Garn has said publicly. 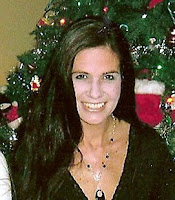 MAHER
Garn, then 30, and Maher's father, Richard Maher, were business partners. Maher started working for her father at 14, when he took her out of school. She was struggling socially and suffering academically with undiagnosed learning disabilities, she said.
“I was thrust into an adult world, and Kevin was there, complimenting me, and essentially grooming me for what was to come,” Maher said. “He knows exactly what he's done.”

She and Garn had worked together for about a year when, according to Maher, who alleges Garn asked her to get into his car that day, without saying where they were going. They stopped so Garn could purchase alcohol, said Maher, then went to a private hot tub place, where tubs are rented by the hour.
“I told him I didn't have a bathing suit. He said I didn't need one, and got out of the car. I remember at that point just sitting there, thinking, 'What am I doing here?'” Maher said.
Garn had been her Sunday school teacher and a trusted family friend. When Garn crossed the line, Maher tried to process it the best she could. She finally confided in a friend, who told Maher that she had a similar experience with Garn.
“No one says anything. There are people in the Oak Hills Ward, people in that church, who knew he was a schemer. They aren't coming forward. I'm feeling betrayed by the church. It's not just Kevin. I know of others in the Ward who were abused by church members, and tried to tell. They were shunned by the Ward members and, eventually, left the church,” Maher said.
She is not surprised that since her revelation, her ex-husband has called various media outlets to let them know of Maher's struggles with addiction and mental illness. Maher is not fazed by it.
“I have an accurate diagnosis now – Post Traumatic Stress Disorder and addiction. My voice was never heard throughout the years. I was in some dark places, but had been misdiagnosed and overmedicated. I tried to fix myself, but through it all I kept this secret. I was full of fear and doubt and insecurity as a woman. When I went into recovery, I had to take a closer look at the destruction of my life,” Maher said.
Maher's ex-husband, Eric Knight, said yesterday he believes Maher is using this incident to get back at the church, at Garn and at him.
When asked about what happened in 2002 with Garn, Knight said he was in agreement with Maher's decision at the time to expose Garn right before the 2002 Primary.
“I was there along with her in feeling that, given what had happened, he shouldn't be a congressman,” Knight said. He also corroborates Maher's story, that Garn flew to Boston when he discovered Maher was about to go to the press a week before the election.
However, he disputes the spirit in which Garn gave Maher $150,000 and had her sign the non-disclosure agreement.
“He was concerned for her. He thought the whole thing was settled, and that she was OK. Cheryl asked for the money. Kevin asked her how much would be fair. When she told him $150,000, his response was, 'This was a dip in the hot tub, but OK.' Kevin meant it as restitution for trauma based  on her experience with him. He never meant it as hush money,” Knight said.
Knight also confirmed that he, Maher and Garn did discuss the matter with their bishop, Ken Bratt, from the Mormon church in Derry, and with a regional church official, Mike Pouliot. Knight said it is his understanding that the matter was referred through the proper church channels and Garn's bishop in Salt Lake City was notified.
“It's just like what was happening in New Hampshire, with the Catholic church. I went to the Mormon Bishops. In 2008 I wrote a seven-page letter to the Church of Latter Day Saints, detailing everything.The church is accountable. The church knew, and nobody did anything,” said Maher.
Maher has a copy of the church's response, a three-sentence letter that says, “Please be assured that this matter will be given further review.” That was the last she heard from the church.
What Maher and Knight do not agree on is Maher's motivation, and state of mind. They continue to fight bitterly over custody of their children. Knight portrays his ex-wife as mentally ill and spiraling out of control; Maher said facing her addiction through a 12-step program helped her turn a corner; she is still healing, and says she's never felt more at peace than she does right now. Born and raised Mormon, however, she said she has had to come to terms with the shame of being excommunicated from the church.
“That's what we're taught, that if we leave the church, we are forever shamed. I have gone through so much shame, between the sexual abuse and being excommunicated,” Maher said.
“Throughout my own process, I found myself being angry at God. I asked him if he was just a Mormon God, or did he really love me. I had to find peace, that God knew what was going on and that there was a way to set things right.”
She knows that Garn went through a “repentance process” in 1993, a formulaic practice within the Mormon church that includes restitution. In Maher's view, it is a process that keeps a person from having to be honest about their “sins” or the harm they may have done to others.
She said she knows that Garn will recover from this in his own way, now that the truth is out.
“I have nothing to gain. This isn't about the money. I'd give it back in a heartbeat, if Kevin would accept payments. I have nothing to gain, except to speak freely about sex abuse. I've gone through a process to get here, and I finally feel free,” Maher said.