Planning Board works on commercial zone for Frost Farm 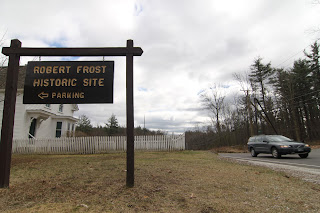 By CAROL ROBIDOUX
Union Leader Correspondent
DERRY – Rezoning a stretch of land around the Frost Farm has become a painstaking process. Last night the Planning Board set the course for the inevitable zoning change by ruling out the creation of a Historic Overlay District in favor of General Commercial III.
The main difference, said Planning Board member John O'Connor, is in the details. He was the only board member in favor last night of creating a historic district.
“I thought we could do more with architectural designs and signage under the historic district,” said O'Connor.
A five-page draft of the Historic Overlay District included three full pages detailing signage restrictions, compared to the two-page General Commercial III guidelines, which included only two sentences pertaining to signage – calling for low-profile signs that fit with the existing architecture of the neighborhood, and no lighted, scrolling or electronic signs. As currently written, the zoning would restrict commercial businesses with drive-thrus, such as banks or pharmacies, to one-lane. Restaurants with drive-thru service would not be allowed.
The question of rezoning was raised seven months ago when resident George Reynolds, who owns property next to the state-owned woods that surround the farm, asked the board to rezone the stretch of Route 28 where he lives, from Office/Research and Development to General Commercial. He was interested in expanding his small welding business, but cannot under the current zoning.
Another neighbor of the farm, Scott Davidson, came forward to caution the board that such a zoning change would include the Farm, and open up that area to commercial development that would degrade the integrity of the farm's historic appeal.
Although commercial development along Route 28 is part of the town's overarching plan for economic revitalization, supporters of the Farm convinced the board to take time to think through zoning options that might allow for controlled development while protecting the town's most famous historic landmark.
Frost Farm Trustee Hercules Pappachristos took advantage of the opportunity for public input last night, coming forward to ask the board about their suggested maximum square footage for retail or office buildings, currently limited to 5,000 gross square feet in the draft.

“What's to stop someone from buying all the parcels and building a box store?” Pappachristos asked. “We're just concerned there are powerful companies that can buy up groups of lots. They have deep pockets. They've approached the downtown before.”
Board chair David Granese assured him that between the wetlands that run behind several of the parcels in question, and parking and sewer requirements, it would be unlikely that could happen.
“We will continue to be vigilant,” said Charlie Dent, who also attended the workshop along with his wife, Marilyn Dent, and Laura Burnham, all Frost Farm Trustees. “We appreciate the time this board is taking. They really seem to care.”
Bill and Jean Smith, who own Rockingham Acres Garden Center located across the street from the Frost Farm, also attended the workshop. They are in favor of zoning change to commercial because it more accurately reflects what that part of town has become.
In August, Bill Smith told the board that 11,000 cars per day travel Route 28, a main artery to and from town, and a zoning change would provide the town with an opportunity for new businesses which would in turn bring some relief from the tax burden currently shouldered by home owners.
The board agreed to meet for a site walk of the area on May 1 before reconvening to rework the language in the new General Commercial III zone draft, which will eventually go before the council for adoption.