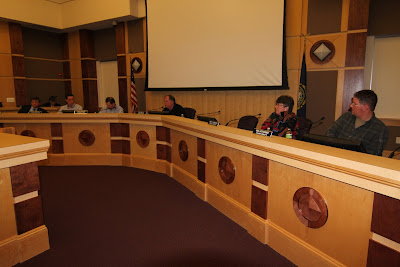 By CAROL ROBIDOUX
Union Leader Correspondent
DERRY – Budget crunching is in full swing, as this week payroll and benefit projections for the FY2011 budget are due. Next week, departmental budgets should be wrapping up, and by the end of the month, the town's Capital Improvement Plan will be submitted to the council for review.
Add to that the fact that Town Administrator Gary Stenhouse will retire once his work is done here in July, which means there will be a new administrator in town. And Councilors Rick Metts and Brent Carney will not be seeking reelection; Councilor Brian Chirichiello will have to win back his seat in District 4.
Yes people, change is coming to Derry, like it or not.
With so much going on, it seemed like as good a time as any to get your town councilors to pause and reflect on where they have been and where they are going, what they've accomplished in the past year, and what challenges lie ahead.
Here are their responses:
What do you see as the town's No. 1 challenge moving into a new year? 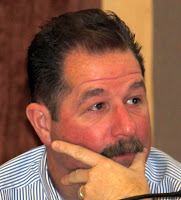 Brad Benson: I believe the budget will be the town’s No.1 challenge for 2010.
Brent Carney: Economic development needs to remain on the front burner next year. As we face a very difficult battle to raise revenues and fill budget shortfalls, bringing new businesses and new jobs to Derry will be critical to protecting town services.
Kevin Coyle: The biggest challenge facing the town is the fiscal year 2011 budget. Given the economy and the tax cap, we are going to struggle to provide the same level of service that people have become accustomed to. Given the demand of union contracts, layoffs will once again be a real possibility. Tough choices will need to be made.
Brian Chirichiello: I feel it will be an extremely important upcoming budget process for FY 2011. The town will be faced with cutting between $1-1.5 million from its budget. We must make those cuts with the least amount of disruption to taxpayers. 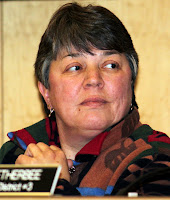 Janet Fairbanks: The Town of Derry's No. 1 challenge for this year will be the budget. It appears that we will be dealing with a negative tax cap and as a board we will have to determine what level of service the Derry taxpayers will be able to afford.
Rick Metts: The upcoming budget.
Neil Wetherbee: Unquestionably the upcoming budget. With the reduction of last year's budget, a 0 CPI and no mechanism in our current charter to override the tax cap, we are looking at trying to run the town with less money than we did two years ago. My expectation is that there will be a noticeable difference in the level of services provided.

What will be your focus or tangible goals this year as a representative of your particular constituency (local issues if they apply). If you are a councilor at-large, what is your particular mission looking ahead to 2010?
Benson: This, for me, is five fold. The formation of a downtown development group that is comprised of citizens and town representatives that continue with the redevelopment of down town. The review and implementation of a sign ordinance that will help clean up the visual landscape of Derry. The addition of a public parking area next to the Adam's Memorial Building. The continued development of an economic development arm of Derry with a sustained branding and marketing campaign. A budget that will be sensitive to the economic issues that exist in our community and minimize the reduction of services while still being affordable from a real estate tax perspective.
Carney: My focus this year will be to continue saving taxpayer dollars by working to introduce new clean energy technology in Derry, and working to create new high-tech and clean energy jobs so residents don't need to travel outside of the community to find high-quality employment. 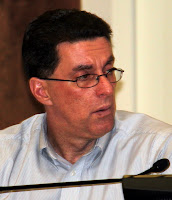 Chirichiello: Hiring a new town administrator and continuing to bring economic development to Derry, along with jobs.
Coyle: I look forward to moving the town in a new direction with new leadership both on the Council and in Management.
Fairbanks: In regard to my district, I would like to see the completion of the Derry bike path from Bowers Road to the Windham Town Line. The portion of the bike path which was paved this past year was a great success and is utilized often.
Metts: Working to move the economic development goals ahead in hopes of providing jobs and helping increase the commercial tax base.

Wetherbee: In my district, the comeback of Beaver Lake and the preservation of the last working farm in Derry (J&F Farms) have been notable success stories for Derry in recent years. These successes are in no small part due to the efforts of the Derry Conservation Commission, to which I also serve as liaison. The preservation of open space and protection of natural resources should be a continued priority in the upcoming year. I am also hopeful that we can move forward with the implementation of an Open Space Development Ordinance which has been in the works for a number of years now
As a board, what has been your greatest accomplishment in 2009?
Benson: I believe that there were four significant occurrences this year. I believe that we passed a very comprehensive and fiscally conservative budget for 2009. We were responsive to the taxpayers concerns and reduced the tax burden from the town side. This was done with a minimal impact on services. We passed the formation of the Route 28 TIF district. With any luck this will be the start to some sustained economic development for the Town of Derry. The long overdue and heavily debated passage and acceptance of the private roads ordnance. Lastly, the approval of the transfer of the ownership of the abandoned Upper Village Hall to the East Derry Improvement Association. My belief is that in a relatively short period of time this run down building will become a viable attractive facility that provides a service to the community at large.
Carney: Looking back over the last year, I feel residents will see a long lasting positive impact in our community because of the commitment this Council made toward economic development. I also feel the creation of the Energy and Environmental Advisory Committee to oversee our town's clean energy ordinance will have long lasting benefits for taxpayers for years to come. 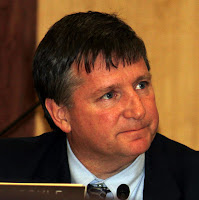 Chirichiello: Giving tax relief to the taxpayers in the form of a $600,000 reduction over the previous year's budget.
Coyle: The board's greatest accomplishment in 2009 has been to have settled on an area of Town to promote economic development. With the expansion of Route 28 we hope to see a new economic center of the Town develop.
Fairbanks: Our greatest accomplishment as a board in 2009 was to provide the taxpayers with a level funded budget.
Metts: Moving forward with the TIF district on Manchester Road. The town is already seeing some increased interest in development in this area.

Wetherbee: The goal-setting workshops held over the summer. It was, in my time on the board, one of the few times where the council was able to focus its efforts in the same general direction. While the actual results have been mixed thus far, it was the first time that we as a council laid out in a unified fashion, measurable goals and expectations for town administration and staff. 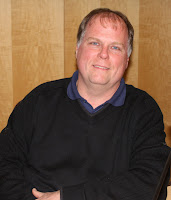 What have you learned in 2009 that will help you individually as a councilor to best serve the town of Derry for 2010?
Benson: This is a very difficult question. I have learned – and to some degree been very disappointed – that not everyone has the best interest of Derry at heart. That in some cases, decisions and discussions take place that will not benefit Derry in the long term but have a personal agenda at the heart of them. I am hopeful that the town (council and citizens) can fully focus on the business at hand and not on the politics of serving the town. I have been amazed at the lack of respect that exist at times for the Council chair and all of those who have made the sacrifice to serve the community in which we live. 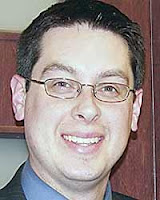 Carney: The most important thing I learned over the last year is that no matter how quickly you would like to see thing happen, government always moves more slowly then you would like. I think this is important for anyone in my role, and for residents to also understand. Those elected to the Council need to understand that they may not get everything they want at first, but sometimes compromise is the best thing for the community – and if you stick to your convictions you will always be able to stand by your decisions and, overtime, you will reach your goals.
Chirichiello: How to work with different points of views from fellow councilors but come to a consensus for the betterment of the town as a whole.
Coyle: I have learned to remain focused on a particular goal and see it through to the finish. For far too long the Council has been pulled in many directions. Consequently, nothing has been accomplished. The Council needs to focus in on certain projects and make sure they get completed. This year I hope to see the Route 28 expansion completed as well as the bike path connected to Windham. If those projects get completed it will have been a successful year.
Fairbanks: With the economy having continued with its current trend, and the impending loss of $7.5 million dollars in school funding from the state, it is imperative that as a board we do all that we can to be financially prudent with the taxpayers money for town-provided services.

Metts: That with a little concentrated effort, those with opposite views and opinions can move toward a common goal and accomplish what they set out to do.
Wetherbee: I’ve learned that for a Council that has a reputation for being divided/divisive, that we actually have many things in common with respect to how to move Derry forward. I’m hopeful that we will be able to build on that common ground and at least begin to move Derry away from the politics of “us versus them” that, in my opinion, has plagued and stagnated our community for far too long.