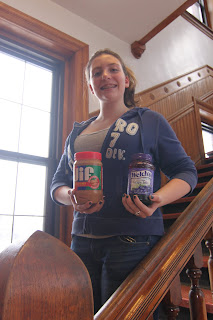 DERRY – Pinkerton Academy sophomore Erin Jackson was recently named one of two teens who will be recognized nationally for her volunteer efforts, receiving the 2010 Prudential Spirit of Communty Award, a national program that each year singles out two outstanding students from each state.
Erin, 15, organized a month-long drive in August to collect food for families in need. Thanks to her efforts, more than 2,000 jars of peanutbutter and jelly were donated to the New Hampshire Food Bank.
To accomplish this, Erin organized her fellow Children of the American Revolution members to design collection bins, make signs and posters, and schedule collection times and locations. In addition to netting 3,300 pounds of peanut butter and jelly, Erin’s volunteers collected $1,776 in cash donations and a pile of school supplies.
“Working for a common goal brings people together and it brings out the best in people,” said Erin. “We may be young, but we are mighty and we have the ability to effect a change.”
The awards program, now in its 15th year, is conducted by Prudential Financial in partnership with the National Association of Secondary School Principals (NASSP).
Sabrina Vail, 14, of Raymond, a student at Iber Holmes Gove Middle School, was also honored as one of this year's top two teen volunteers. Both Erin and Sabrina receive $1,000, an engraved silver medallion, and an all-expenses-paid trip in May to Washington, D.C., where they will join the top two honorees from each of the other states and the District of Columbia for several days of national recognition events. Ten of the honorees will be named America’s top youth volunteers for 2010 at that time. 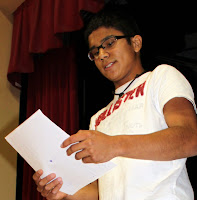